The management of the Federal University of Technology Akure (FUTA), have expelled 6 students of the institution caught on camera early this month assaulting a fellow student. The incident caused a national uproar as many internet users called for the expulsion of the students involved in the act. 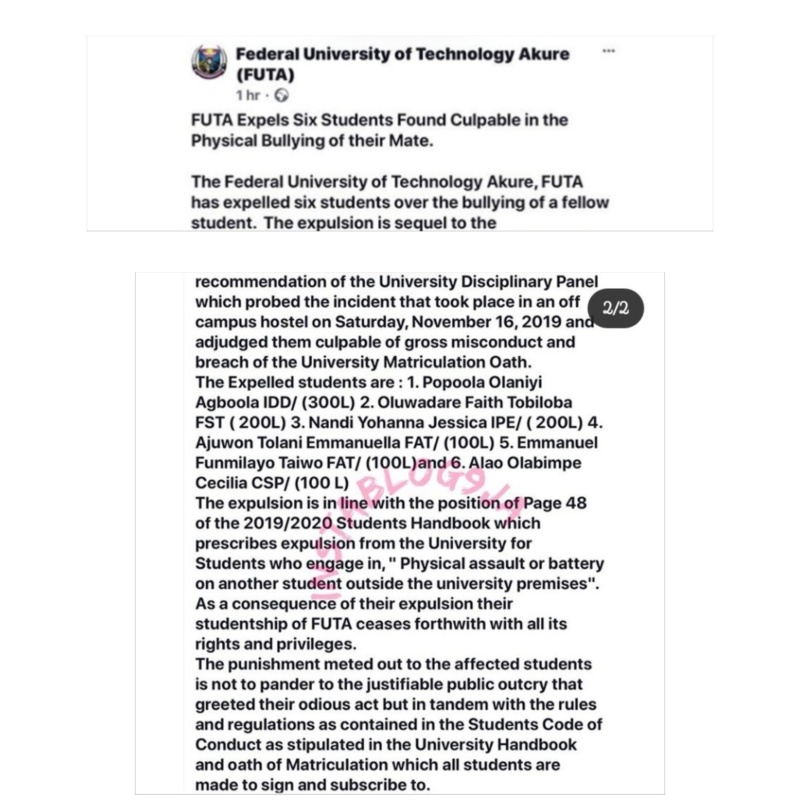 The reason for the physical and verbal attack still remains sketchy

HOW TO WRITE AN I.T OR SIWES REPORT